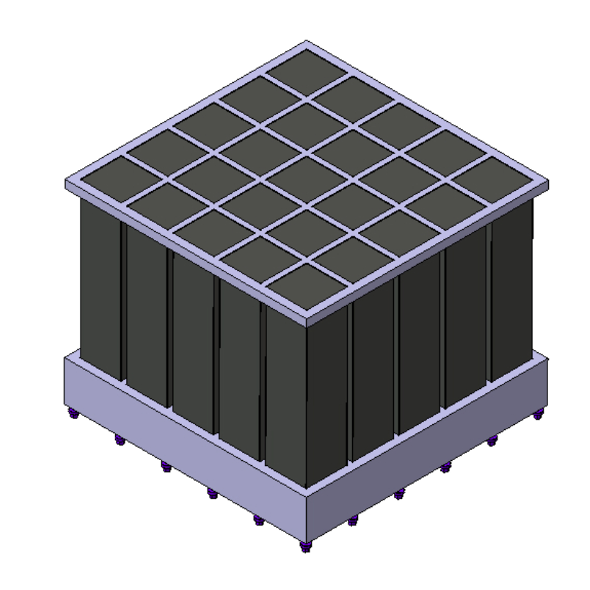 56 years after their discovery (1960 Vela satellites), gamma ray bursts (GRBs) are still full of mysteries. The production mechanism of these very intense explosions in the universe is still unknown. To validate or exclude existing models about their creation, a precise measurement of the polarization of the GRB is an important input. But, measuring convincingly the polarization of GRBs is a difficult experimental challenge, because GRBs are rare events that happen at random locations and times in the universe. Thus, existing general purpose detectors cannot properly measure the polarization and existing results are often unprecise and controversial.

The POLAR detector design is a dedicated polarimeter: 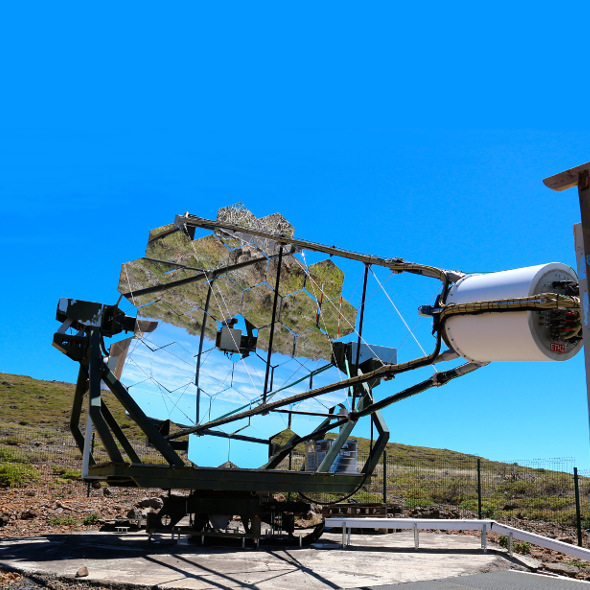 The First G-APD Cherenkov Telescope (FACT) is the first imaging atmospheric Cherenkov telescope using Geiger-mode avalanche photodiods (G-APDs) as photo sensors. The rather small, low-cost telescope will not only serve as a test bench for this technology in Cherenkov astronomy, but also monitor bright active galactic nuclei (AGN) in the TeV energy range. 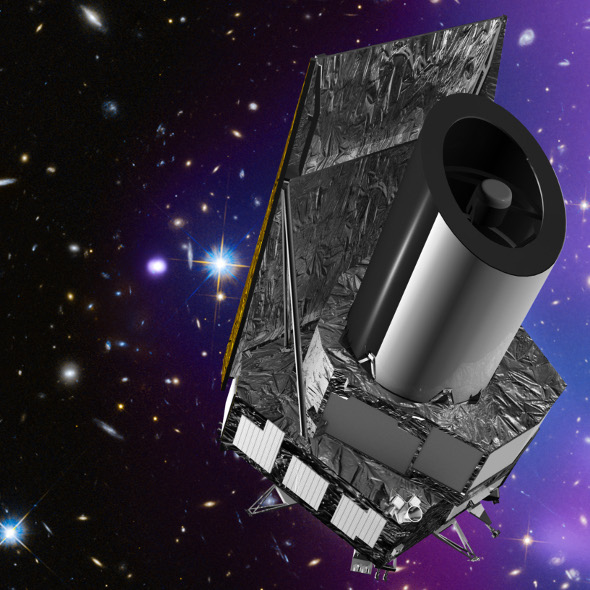 Euclid is an astronomical spacecraft project set up by a European consortium and selected by the European Space Agency (ESA) in 2011 as a medium class mission of the Cosmic Vision 2015-2025 program. Recent astronomical observations indicate that our Universe is dominated by dark matter and energy of a so-far unknown nature. The Euclid plan is to survey almost  all of the extragalactic sky, with a mosaic of sharp images and spectra for the relatively bright sources. The main goal is to infer the amount and the distribution of these obscure and mysterious  matter / energy from the detailed properties of the distant light-emitting galaxies. This will be a major step forwards for a better understanding of the structure and of the history of our Universe. 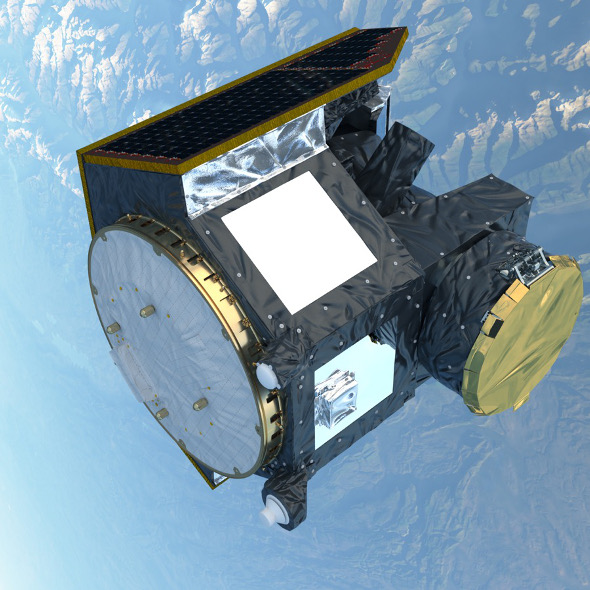 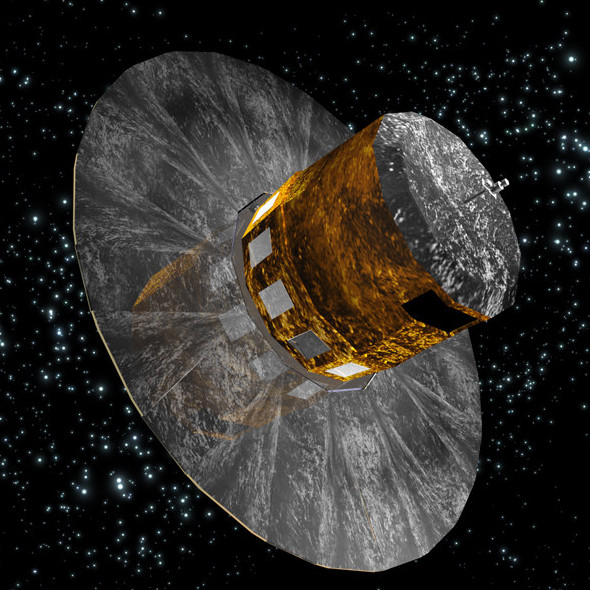 Gaia is an ambitious mission to chart a three-dimensional map of our Galaxy, the Milky Way, in the process revealing the composition, formation and evolution of the Galaxy. Gaia will provide unprecedented positional and radial velocity measurements with the accuracies needed to produce a stereoscopic and kinematic census of about one billion stars in our Galaxy and throughout the Local Group. This amounts to about 1 per cent of the Galactic stellar population [Source ESA].

The Gaia Coordination Unit for Variability Processing (CU7) is in charge of characterising the photometric and spectral variability.

This includes deriving statistical parameters, searching for periods and fitting to simple models. Then variable objects (stars/QSOs) will be classified. Further analysis of particular types will be carried out. 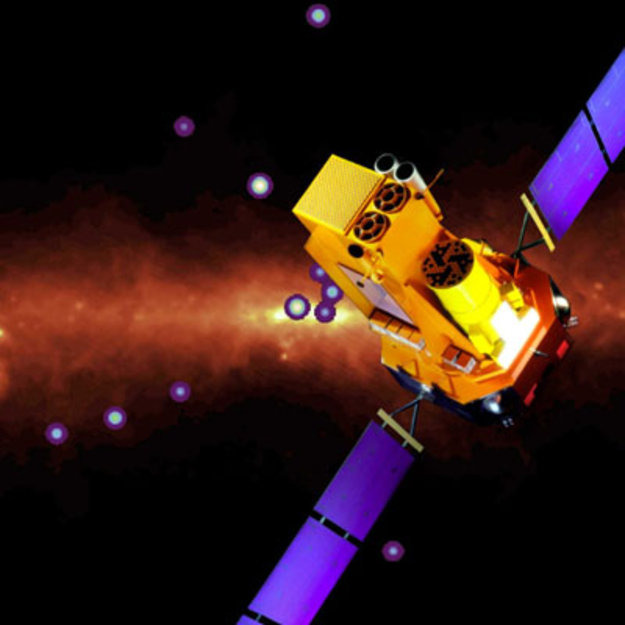 The INTErnational Gamma-Ray Astrophysics Laboratory (INTEGRAL), is an astronomical satellite for observing the gamma-ray sky. It was selected by the science program committee of the European Space Agency (ESA) on June 3rd, 1993 as a medium size mission.

After satellites such as the Compton Gamma-Ray Observatory (CGRO) launched by the Americans and the Russian-European satellite GRANAT, INTEGRAL is the first gamma-ray mission conceived from the beginning as an observatory, with observing time open to everyone.

The INTEGRAL satellite is about 5 meters high and more than 4 tonnes in weight. It was launched on October 17, 2002 by a Russian PROTON launcher from Baikonur in Kazakstan. The image on the right shows the nominal orbit of the INTEGRAL satellite. It is a highly eccentric orbit with a revolution period around the Earth (blue sphere) of 3 sideral days (slightly less than 72 hours). The closest point to Earth, the perigee, is at an altitude of about 10'000 km and the most distant point of the orbit, the apogee, is at about 150'000 km, which is roughly one half of the Earth-Moon distance. The inclination of the orbit with respect to the equatorial plane was 51.6 degrees at launch, this angle increased slowly with time towards the almost polar current orbit. The highly excentric orbit was chosen to minimise the periods with highly unstable instrument background due to electrons and protons trapped in the radiation belts (in yellow) and to allow for long periods of uninterrupted observation.

INTEGRAL was designed for a nominal lifetime of 5 years. The spacecraft and instruments are working extremely well. In October 2009 it was decided to extend the mission at least up to the end of 2012.