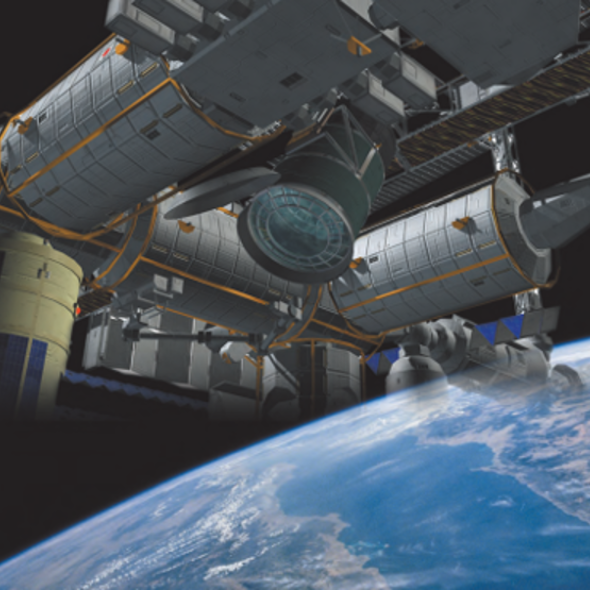 JEM-EUSO will be second cosmic ray instrument on board of ISS, after the Alpha Magnetic Spectrometer 02 (AMS-02, aimed at detection of low energy cosmic rays). Contrary to the AMS-02, JEM-EUSO will not be a particle detector in a proper sense, because it will not detect the high-energy particles themselves. Instead, it will use the Earth’s atmosphere as a calorimeter of particle physics detector. It will detect ultraviolet fluorescence light produced by the air molecules excited by the Ultra High Energy Cosmic Rays (UHECR) induced Extensive Air Shower (EAS). JEM-EUSO will be a refractive ultraviolet telescope with aperture 2.5 m and field of view of 60° operating in the 300-400 nm wavelength range. The light will be focused by a system of three Fresnel lenses made from UV transparent polymers. UV photons reaching the focal plane will be detected by an array of multi-anode photomultipliers (MAPMT) with 3×105 pixels.