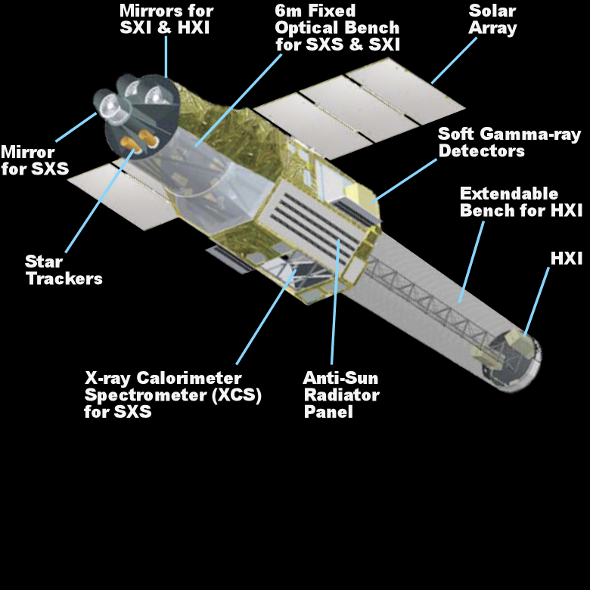 The X-Ray Imaging and Spectroscopy Mission (XRISM), formerly named the X-ray Astronomy Recovery Mission (XARM, pronounced "charm"),[Note 1] is an X-ray astronomy satellite of the Japan Aerospace Exploration Agency (JAXA) to provide breakthroughs in the study of structure formation of the universe, outflows from galaxy nuclei, and dark matter.[3][4] As the only international X-ray observatory project of its period, XRISM will function as a next generation space telescope in the X-ray astronomy field, similar to how the James Webb Space Telescope, Fermi Space Telescope, and the ALMA Observatory are placed in their respective fields.[2][5] The mission will crosslink X-ray telescopes of the present (Chandra, XMM-Newton) with that of the future (ATHENA, Lynx/X-Ray Surveyor), thus preventing the formation of a blank period in X-ray astronomy in the early 2020s resulting from the loss of Hitomi.[2][5] During its formulation, XRISM/XARM was also known as the "ASTRO-H Successor", "ASTRO-H2".  [source: wikippedia]